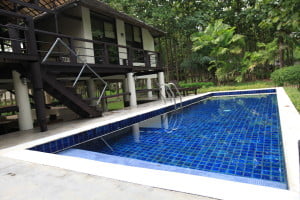 The 30 Day Paleo Challenge is something I do every year. Each time is easier, with less evidence of detoxing and less weight-loss.
We also love to do a 7 day vegetable juice fast, 1-2 times a years, this gives me a total energy buzz and I don’t have much washing up…

Do you remember Jackie? Jackie started the challenge with me 17 days ago and she is going strong, despite some recent difficulties.
Most Paleo sites will accentuate the fact, that eating Paleo will make you look and feel great.
This is true, but for some of us it takes longer to experience the advantages and there can be some painful and uncomfortable bumps along the way.
We have to feel like total crap first, as the toxins caused by decades of grain and sugar consumption, oozes out in diverse forms, in and outside, of our bodies.
I keep telling her – once this is over you will feel great. It is like the labour pains before you hold that cute little baby in your arms. I predict she is over the worst of it.

Her first issue, was the revisit of ‘restless leg syndrome.’ Restless legs syndrome (RLS) is a condition in which your legs feel extremely uncomfortable, typically in the evenings while you’re sitting or lying down. It makes you feel like getting up and moving around. When you do so, the unpleasant feeling of restless legs syndrome temporarily goes away.
Not fun when you have two kids to care for and your husband is away – poor Jackie.
But she kept going, she didn’t give up, demonstrating the long distance runner type she is.
The girl is dedicated and I love her for it. She also told me that when she previously had this condition ( RSL) some years ago, they had linked it back to being a Celiac or having low gluten tolerance – no kidding? SO I am guessing that it is a classic case of retracing.
This is a term often used in natural remedies, such as Chinese Medicine, Homeopathy and Naturopathy.
The body cells have a memory of past illnesses and retracing is the process of re-activating, and working through these illnesses.It is the situation whereby a past condition, will flare up and get worse before it heals. A natural healing process, perhaps not unlike our Paleolithic forefathers.
Unlike the quick fix of today’s western pharmaceuticals, healing takes time. And despite the rapid speed the pain goes away, using pills, it is never really gone.” Food is medicine,” I say.
The restless leg lasted for two days and disappeared, hopefully never to be seen again.

But there was more to come. On the weekend, Jackie broke out in a rash on her arms and legs, red and itchy and a typical case of detoxing. Her body releasing all of the naughty non-Paleo food she has been consuming for the last 45 years. Internet research showed that many current cavemen and women have experienced similar rashes during their first 30 day challenge.
I didn’t see her scratching at CrossFit this morning so I hope that now she can experience the positive effects of a Paleo life.