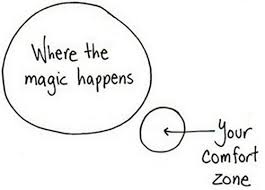 How have men and women roles really changed?

And has that change been followed by complete acceptance from our society/community?

Have equal rights laws and feminism forced society into following something they don’t really believe in, for the sake of being politically correct?
I personally don’t condone political correctness. I think it sucks the authenticity out of interactions.It inhibits freedom of speech and consequently the discovery of truth.

Yesterday, the mothers were invited after many complaints, to participate in a parents vs teachers soccer game at our school.

Last year it was strictly fathers.

Women argued that the girls at the school should see women playing sport and that in the spirit of school community growth, it would be warmer.

I wanted to play just for the fun factor. Part of me wanted to inspire the girls to play sport too. I would probably be more effective if I had some talent, but I do what I can.

The game was started by the captains on both sides explaining that for the first half the teams would consist of four mums and two dads and four females and two males on the teacher’s team.

The dads and male teachers were quietly told that they should play softly for the ladies..pfff!

Then the last half would be males only and this was referred to as the ‘real game.’

I get it. The guys wanted to get rough and fast and didn’t want to injure the ladies. But it still felt mildly unfair. I attempted to heckle this introduction to the game, but as I was alone and out-numbered I bit my tongue, played the game and got some exercise. Sometimes, caring about such things is exhausting and a waste of energy.

From the soccer field to the home-front?

It is a lot of work to think about the kids, school, meals, shopping, holidays, after school classes, cleaning wounds, condoling, negotiating (oh, the negotiating), keeping oneself attractive, logistics, driving, networking and so on.

People treat you differently if you are a stay-at-home-parent.

There is a certain lack of respect for those that ‘don’t work.’

I didn’t need that lack of respect of others I felt enough disrespect for myself.

People would ask me at parties, ‘ what do you do?’
I would find myself avoiding this question or adhere to saying I am a mother.

Which then seemed to get that reaction of ‘oh’ and then a quick glance around the room to see if there was a more interesting candidate, for stimulating conversation in the room.

I have had to listen to working mums and dads making fun of their ‘non-working partners’ as if they are just playing golf all day and having a good life at their expense.

I have realised, now that I have ‘work‘ that it is fun and easy.

And I enjoy being busy. I think the stay-at-home parent who has to sit and wait on every whim and call of the family has a much more mundane and taxing job.

It is completely selfless with no reward. Often disrespected, ridiculed and under-appreciated.

I used to think that going to work was like going on a short holiday when my first born was two years old.

There are no set hours for parents and creating work flow is difficult.

From someone who has been a working single parent for four years, to then being a stay-at-home mum of two and then now to a working wife and mother of two, I have insight into many angles of this topic.

Families and relationships are complicated. Everyone does what they can. In my experience, looking at yourself provides you with the truths you are searching for, often unpleasant but the only way to ensure self growth and happy relationships. Always blaming and bitching at the other will not bring about solutions. Own your stuff I say and don’t forget to laugh.